Been a busy and productive few weeks. I saw my Endocrinologist a couple days ago for my HRT six months follow up visit. He was his usual peculiar but cool self. Had his staff take some blood to use to check my E and T levels. He doesn’t seem to be a huge believer in it but he humored me with a progesterone prescription and ALSO gave me my letter for legal gender transition. So now the name and gender change is much closer to being within my grasp. I hope to do both within a month. It’s really freaking happening! I’m going to be legally Lily soon!!!! 🌷

Then it’s hopefully on to consultations for GCS, vocal feminization surgery, electrolysis….and whatever else may arise.

After so many tortured years of hiding out, it’s absolutely surreal to be finally living the way I want. This is not to say that it’s not occasionally incredibly scary but…..

Living authentically it truly it’s own reward. I laugh, smile, and giggle so much more these days than I used to. I’ve made so many friends and it’s strengthened so many existing bonds in my life with family and friends.

I try not to dwell on the past too much but… I was a truly sick person most of my teens and twenties. I often wonder what I could have made of my life if I didn’t have two nervous breakdowns in my twenties which involved several hospitalizations and countless drugs.

The inner peace I have as Lily Jane is the peace Thom was never really able to achieve or truly enjoy for any appreciable amount of time. I will fight like hell with all the strength I possess to defend it. Believe that shit 🤘

I must excuse myself now to cook dinner for Shannon and I but, I’m hanging in there. Working out every day, kicking ass on the beach and plotting my next move.

Hey y’all! Here’s my favorite photos from Tampa Pride this past Saturday in Ybor! I’ll be doing a detailed account post a little later today but…. Here’s the favorite shots of the Day! My Friends Amanda and Kristopher and I had so much fun!!!! 🌈🤘🌷🦄❤ 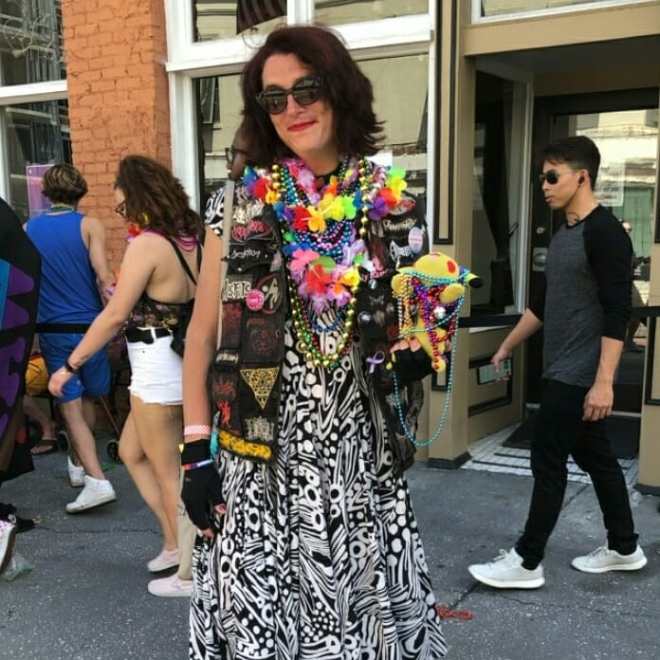 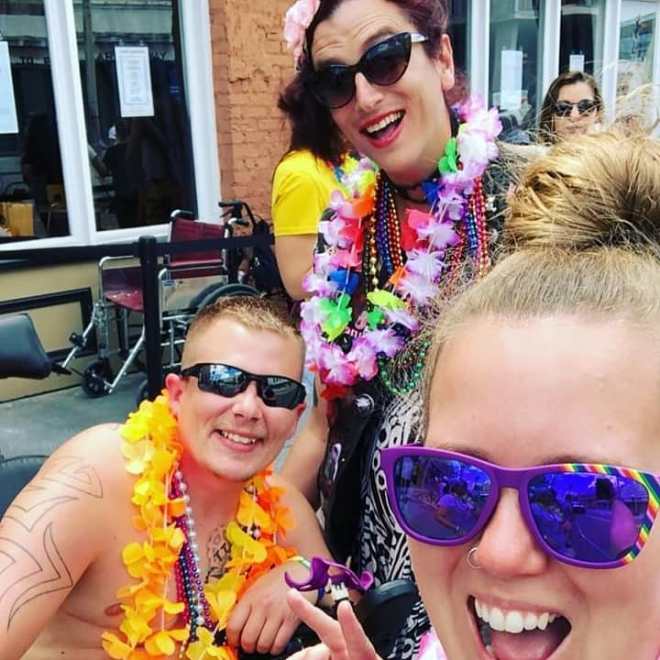 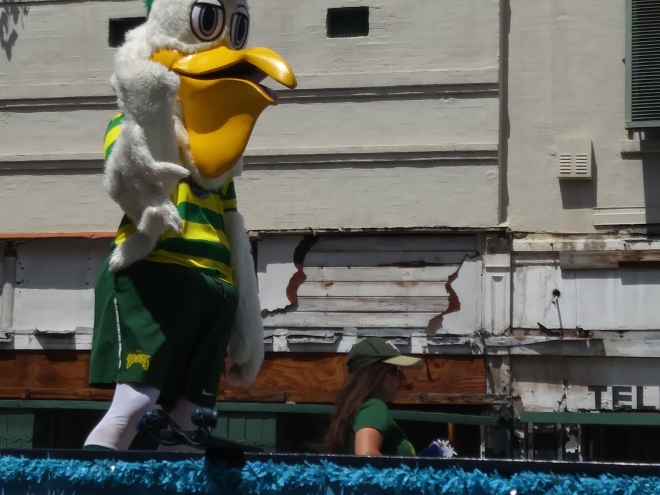 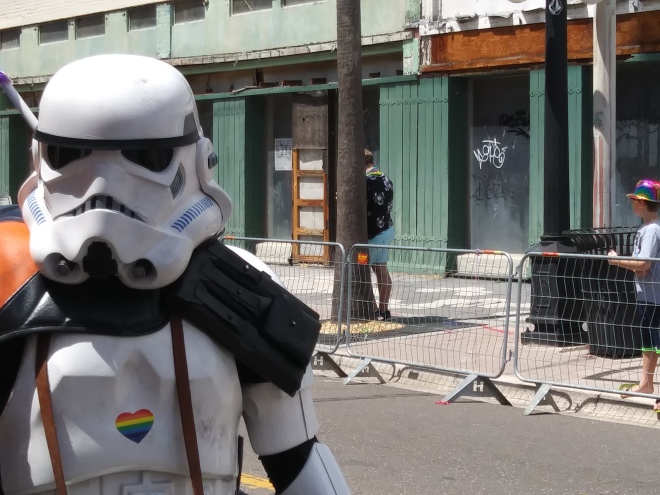 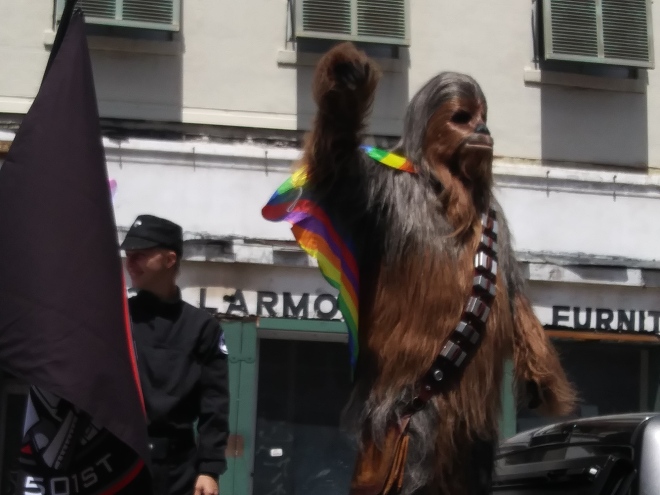 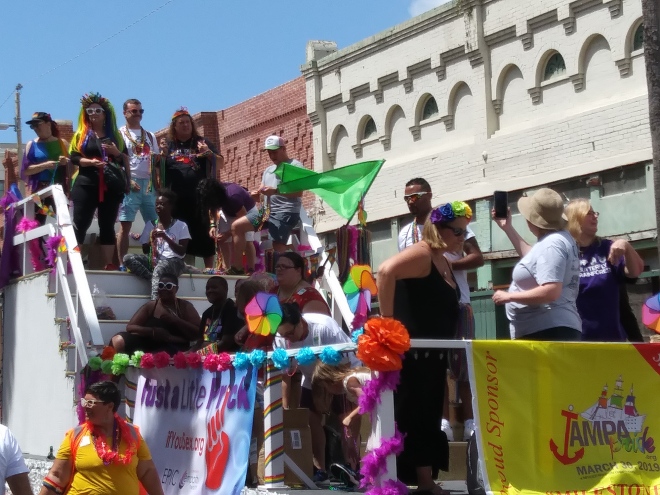 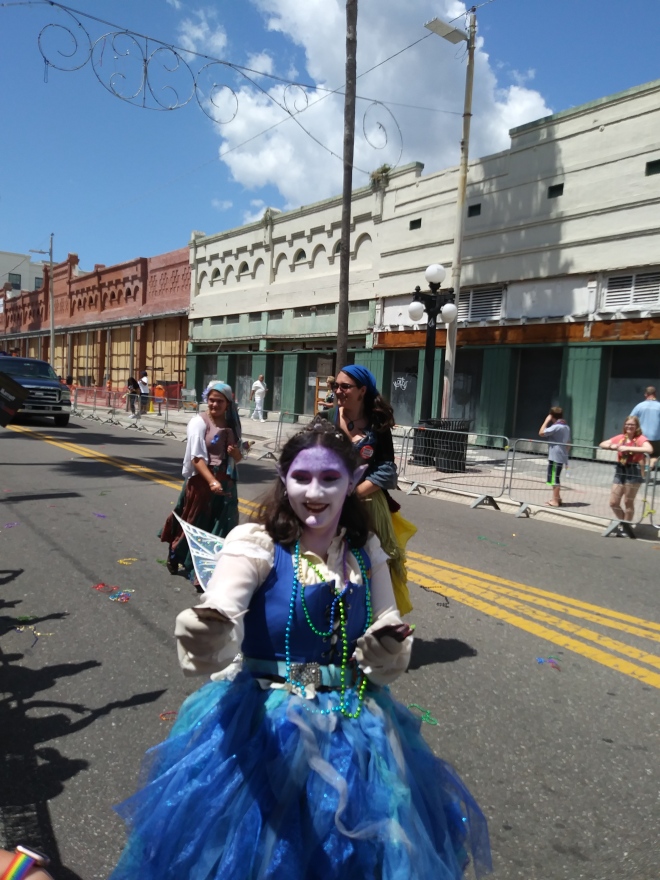 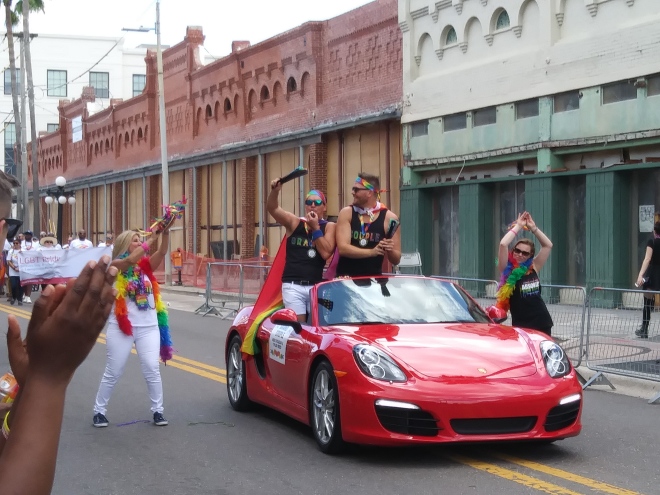 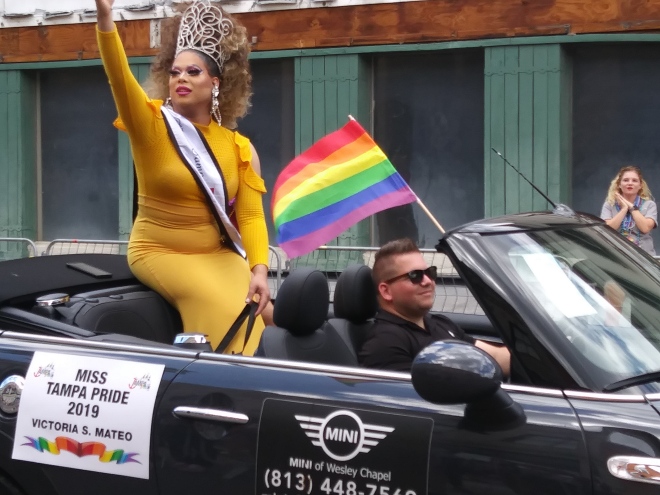 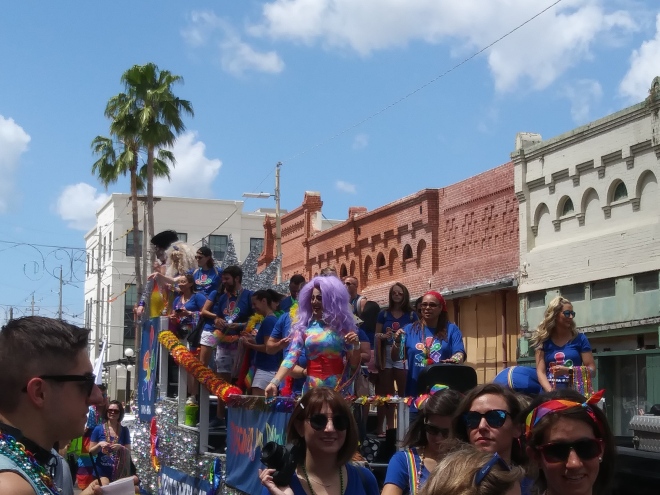 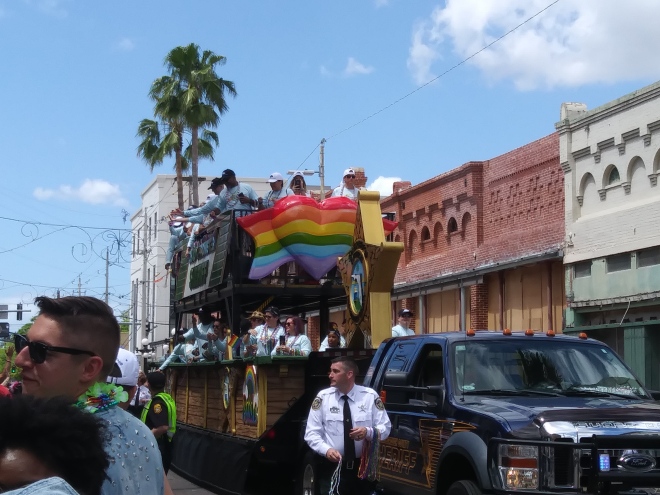 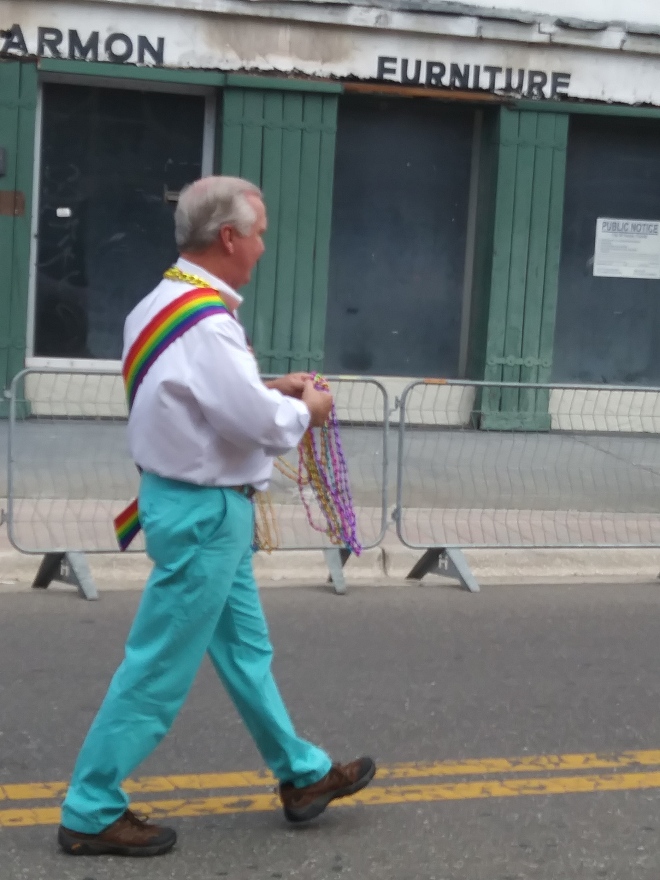 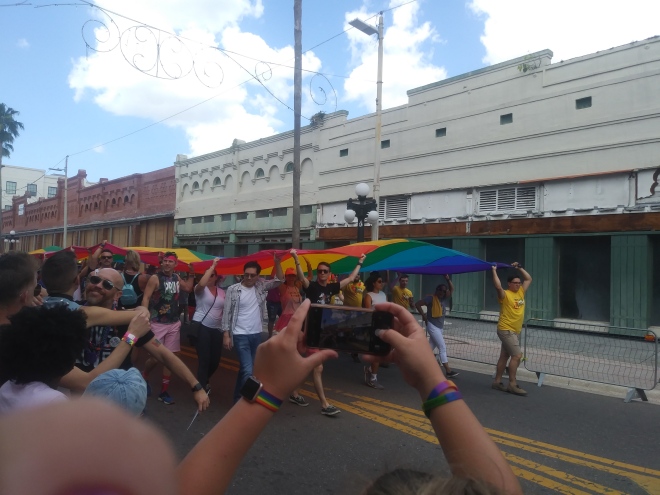 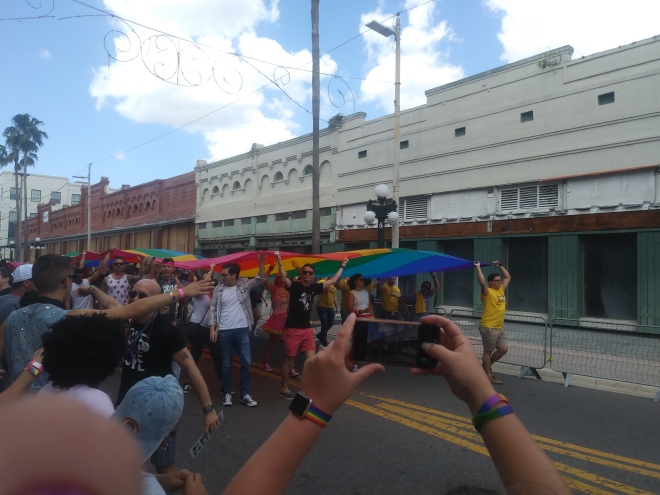 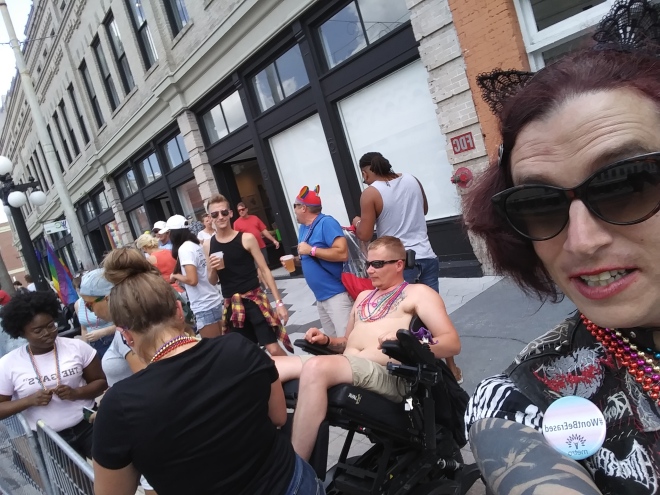 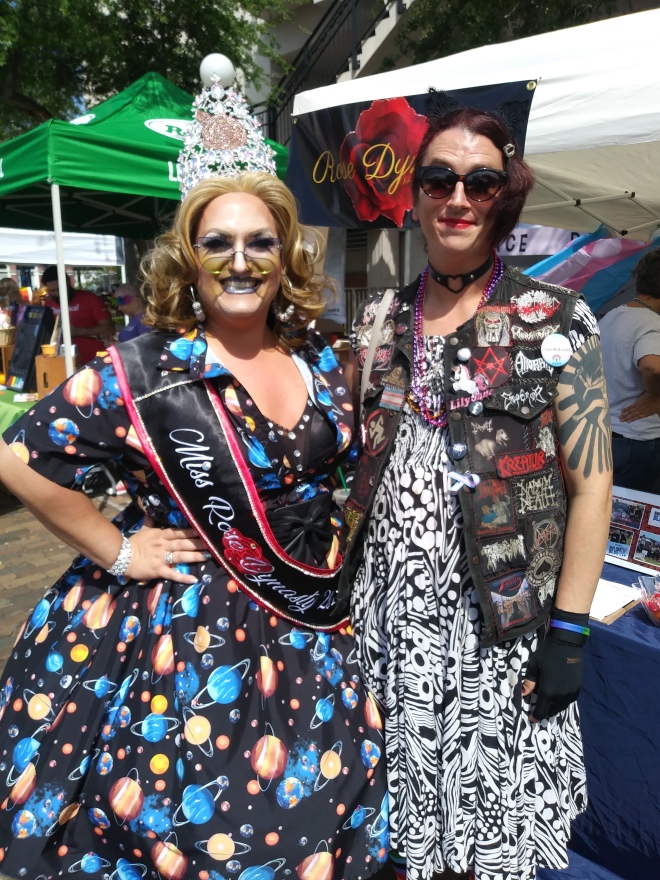 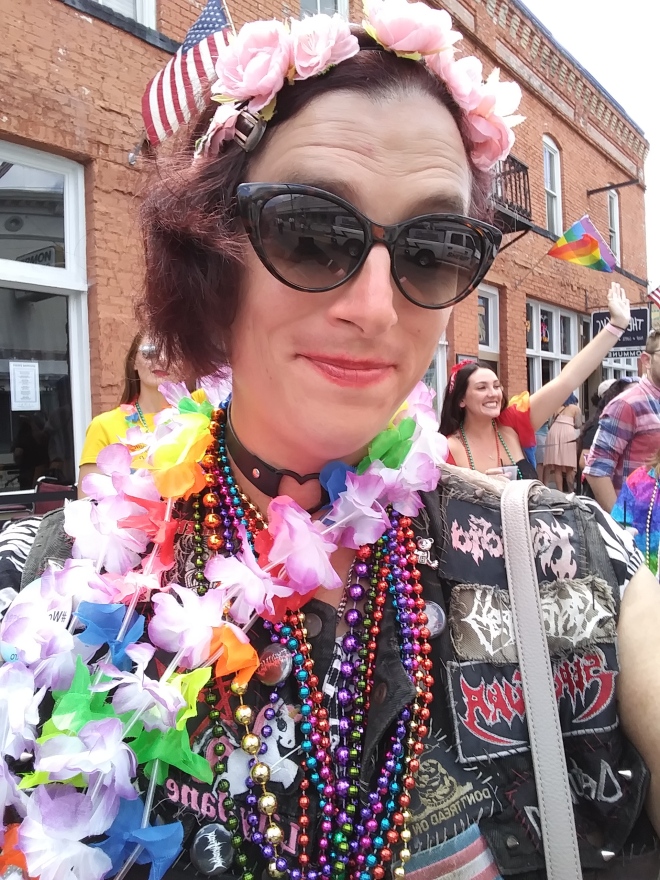 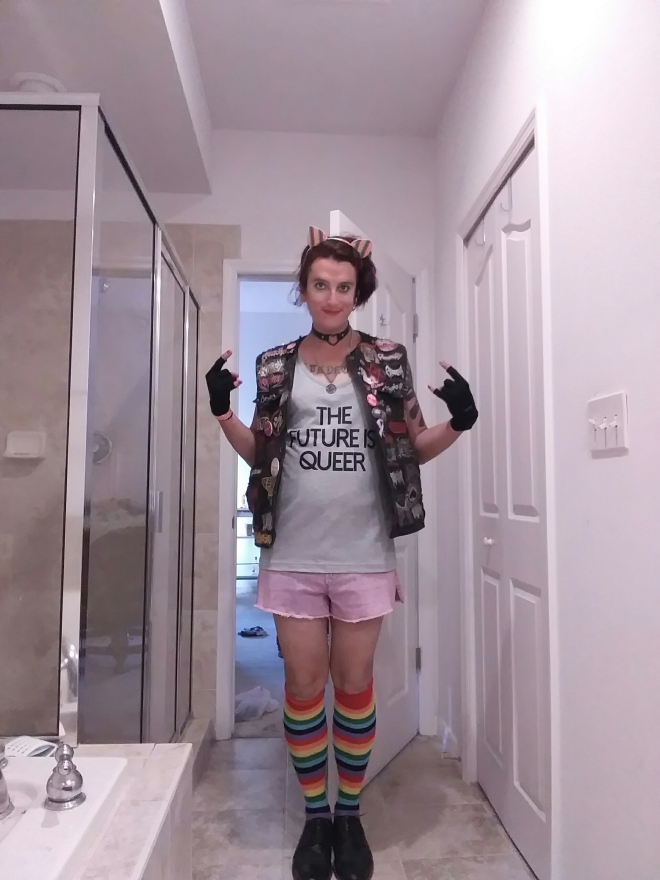 I wanted this post to be a serious exercise in exposition. Maybe talk about love or something else reasonably intense. Perhaps reflect on the steady changes that the last few years have been composed of. Alas, it is not to be.

Alright, then what? I guess that I can use the old ‘Update on the State of Life’ motif again. It’s a bit tired but tried and true. I do occasionally enjoy it as well. I don’t have much going for me in this world except for a hopelessly overclocked brain, a great ass and something of a way with words. Words are both something that makes sense to me as well as something that I can control and manipulate.

So that said, things are going well. There are a few things that could use improvement, although on the whole everything is much better for me. So where do I begin? Oh yes. As I previously stated, I’m working in Clearwater Beach as a busser and barback. The money is great and it’s going quite well. I stayed dedicated with my job search and went to the interview even after I already got hired somewhere else. It turned out to be a good move.

Of course, this probably would not have happened if I hadn’t started taking Wellbutrin for depression. Getting on it is one of the smarter things I’ve done for myself along with telling the assholes at my previous soul-crushing job to fuck off.

Things are lovely on the home front. Looking forward to breakfast tomorrow morning with Shannon as well as going to open a checking account later on in the day. I live right by a branch that is open until 6 during the week. I pass by it on the way home every day so it’s the logical choice for a place to do my financial crap.

Shannon is trying to find a day job. I hope he does. Loving a third shift person is kind of like being an army wife or something. Wouldn’t trade him for the world, though. We understand one another in a way I’ve never known with another human being. I am so in love it’s freaking nauseating.

The animals are their usual charming selves. Roxy and Browski are chilling around the other couch and dozing. Not sure what Ms. Marci is up to but I’m certain that it’s inexplicably cute.

I decided to abandon the vocational rehabilitation idea as I simply can’t argue convincingly that my mental health issues are really holding me back that much right now.  I kind of feel like an idiot to be honest. Since I was diagnosed bipolar ten years ago I have never taken antidepressants. Even when I really needed some. I was diagnosed during a lexapro induced mania and stayed FAR from this whole class of drugs for ten years . I wonder how much unnecessary suffering I put myself through out of being afraid of antidepressants in general.

I finally got to where the risks associated with these meds were ones I was willing to take if it meant possibly not feeling vile. My doctor advised me that fetzima and Wellbutrin were the meds that were somewhat less likely to cause problems in the bipolar. I rolled the dice and hoped for the best.

It’s been like night and day. I keep thinking of what the Golden Dawn people say ‘Long hast thou dwelled in darkness. Quit the night and seek the day!’. For me , it was as simple as admitting that I was outgunned and admitting that the help I was afraid of using as well as asking for was needed beyond doubt.

I can be a little more open here….

And because here I can speak freely. My Boyfriend is going to Alaska for two weeks. I’m driving him to the airport on Independence Day. I’m going to miss him terribly but we’ll celebrate my Thirty-third birthday the following day when he gets home. At least I have my stagehand gig to keep me busy while he’s away.