Is about the most accurate description I can give of the current state of my existence. Scattered, sick, worn down, and more than a bit hysterical have all been fitting at various points in the last few weeks.

I’ll be real, I’m having a very hard time with my mental health lately and it’s been complicated by the physical health issues. Not making enough money because I haven’t been able to maintain a full schedule with either my RA/bipolar stuff going crazy or ‘Shit! Pneumonia again?!?!’ or other people being nasty to me I’m just…. burned out and having an increasingly difficult time getting myself motivated.

Part of this is due to me screwing up things with my progesterone experience. I feel stupid but neither the doctor nor the pharmacy said anything about cycling it for ten days on, twenty days off. I took it for forty days straight and I’m still dealing with the emotional fallout. I know it isn’t always true but most of the time it feels like everyone is laughing at me. I try to deaden myself to that sort of thing but a lot of people I run into are mean. I do my best to rise above or whatever but…. It’s still a tough crowd. Between missing so much work and feeling worthless and unreliable on one side and trying to stop crying over Every little nonsensical thing the last few months have been really intense. At least there was a great deal of fun in there as well. Maiden on my Birthday was the absolute experience of a LIFETIME!!!!! 🤘

Doing my best lately but it isn’t really feeling sufficient. I need to figure something out for work soon because it’s already August and the beach is about to hit that post Summer lull. Getting out of the house today was a good move. Even if all I did was stroll to Starbucks and get a cup of lousy corporate tea and type on my WordPress app.

The bright spots are still numerous. Made some really cool new Trans friends on the Insta and I’m grateful as ever for my huge online LGBTQ family. The last couple days have been kinda hard for me with my sleep getting in a really strange rhythm until I finally broke it and slept for about 12 hours. Last night got pretty damned wacky for me mentally but I obviously needed the sleep.

I’m not going into too much detail about what I was freaking about. Just that I take a lot of shit from strangers and for a time I considered giving up on myself and my transition. I hate admitting that because I’m usually so strong willed about being Lily but…between still easing off from essentially being in a state of progesterone fueled madness on top of RA adding it’s own share of anxiety and pain and I just cracked last night. Until I took my estradiol, of course. I still feel ridiculous because well…. I don’t know. Anyhow, I know society is gonna be a jackass no matter what so I might as well live my truth. I just have to admit this transitioning stuff (plus being a spoonie) is a lot harder than I thought. I’ve usually not had too much trouble with self doubt but…. Last night was ugly. I cracked and terrified myself 😢

My whole life I’ve always had a badass work ethic and…everything just wears me out so much harder than it used to. Part of it is losing strength from HRT but another part is just an internal voice screaming that it’s time to try something new. But going off HRT is NOT on the table. I just need to get my damned emotions under control. Apparently I have a hell of a lot of work left to do on myself. I mean, I know and accept my life is going to be hard. Just having a harder than usual time processing everything l. It makes me cry a lot when so many people treat me like garbage because I really try to be a decent and thoughtful person. People picking on me as a kid kinda made a jerk out of me in my younger years but anymore I’m just trying my best to be and spread peace. I don’t always succeed but… I’m really trying to be a better person these days.

Doing my best to stay pleasant and positive today. While I’m sure this post is a total downer, it’s been REALLY super good for my psyche at least in that it’s helped me sort my thoughts a little. The day is relatively pain free so far and I’m going to try to be fruitful 💋 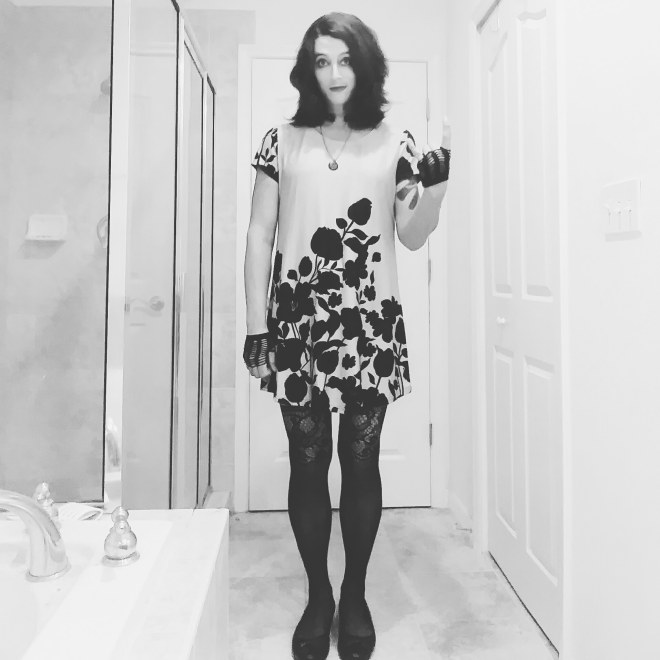