This post is a couple days late but…. I made it through my first Year since I came out as a Trans Woman! It’s been a hell of an interesting journey and I figured a bit of reflection was in order as well as ruminating a bit on what the second year of transition will entail.

So the big deal initially was coming out a year ago on this blog(which I knew family would read) and Facebook and Instagram where I had been hinting as much for a good while. This became common knowledge where I work and fortunately I had and still have an extremely supportive work environment. This has been a huge factor in building my confidence to move forward with my transition to female. That’s not to say there haven’t been some exceptions but finding the confidence to be out at work and be secure enough to express my identity has spilled over nicely into the rest of my life and dealing with friends, associates, and family members. My friends were the least surprised of anyone when I came out and have been awesome across the board. My family has been really amazing. There have been some very awkward and tense moments but there’s also been some pretty superb comedy and for the most part everyone has been really cool. My Dad was less than thrilled when I came out to him in the form of a letter. Things are pretty tense and I’m doing my best. Coming out to him was a more recent hurdle I had to clear. It was in December, under the advice of my Gender Therapist. It was right around the time I started Hormone Therapy, representing one of the first really major steps I’ve taken in my transition. Also, my big Sister doubled down on her support by asking me to be one of her Bridesmaids so major love to her!

That was a bit of a time jump there, but this post is going to be a bit disjointed so bear with me please. Most of the first year I just slowly accumulated clothing and makeup and went to see my two therapists. The process of transitioning seems to vary greatly by state but I saw a gender therapist for a few sessions and he referred me to the Endocrinologist who prescribes my HRT.

Having a supportive partner has been immeasurably valuable to me and I love Shannon beyond words. When I first began to find myself he made damn sure I knew he would love me no matter what and he has been true to his word. I fully realize how fortunate I am for having him in my life.

So I’m creeping up on three months on HRT. So far I think it’s working pretty well. I’ve already seen a decent amount of softening in my general features and quite a bit of breast development as well. So as you can imagine, I’ve been pretty sore. Totally worth it 😎

I stepped down as the Administrator of the Transgender Metal Group I founded on Facebook. I really like the group, I just wasn’t comfortable with the role I put myself in with where I’m at with my mental issues and my transition and felt that my Moderator and Metal Sister Larissa Glasser was the logical choice of who to hand it over to. I have immense respect for her as a Woman and a Metalhead and am really excited about reading her book ‘F4’ which just arrived in the mail.

So as for future goals…. The legal name change as well as the gender marker are the next things in my crosshairs. I want to do surgery too, eventually. But not getting constantly deadnamed is currently a HIGH priority for me.

As for surgery, I’ve looked into the options and with my health issues I don’t think I could handle a full Vaginoplasty. The aftercare is really intense for one but… Since I have issues with healing and fighting infections I’m pretty sure I’d be happy with a Vulvoplasty without needing to construct a vaginal canal. As long as I looked anatomically accurate externally I really see no reason to put myself through all that dilation and aftercare. It’s mostly that I don’t think bowel complications and the like are worth constructing a vaginal canal I don’t feel I need that could cause a lot of problems with my health issues and the meds I take. Plus recovery time with a Vulvoplasty is usually much quicker.

So, not that anyone asked… But yeah. I want Gender Confirmation Surgery eventually. Hopefully in the next year or two. But the legal name change is currently my top priority.

I’m doing my best and I’m grateful for everyone who’s been looking out for me. In my personal, working and online life I have a small army of people who go to great lengths to build me the Hell up and help me believe in myself.

Thanks so much 💋 It’s been an absolutely amazing year, and I can’t wait to see what the future holds🌷 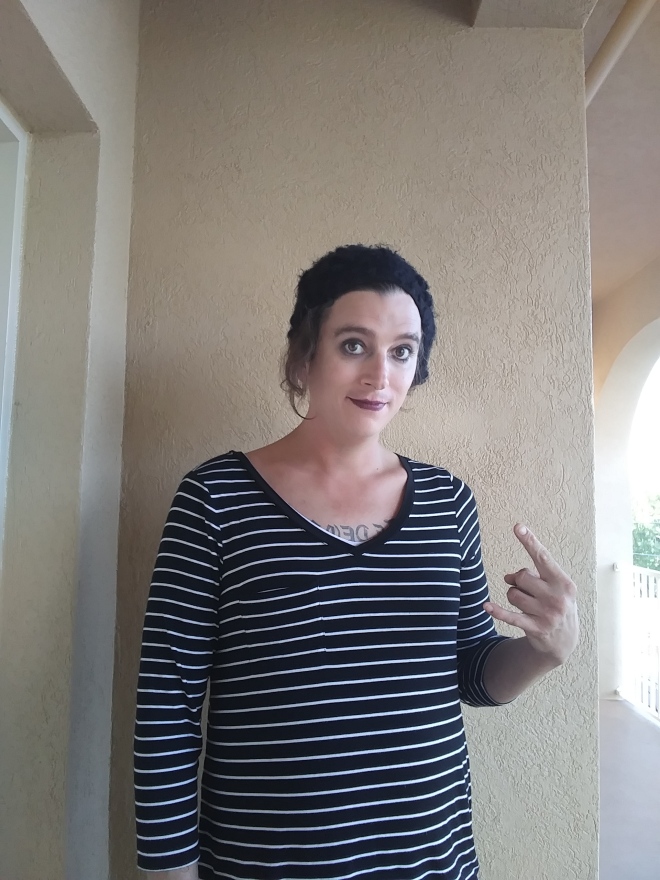